Parenting a child with career potential is a challenge. How do you know how good they can be? and how do you best support them? We take you through the story of parenting an esports hopeful with tips to help parents in their child's journey.

It’s not every parent's first wish for a child to want to be an esports competitor. We’d prefer them to find a passion for studying to be a doctor, lawyer, teacher or architect. Or we have a secret hope they’d fall in love with running their own business, learning a trade or landing an apprenticeship.

Particularly if we don’t play games ourselves, it can be a worry when your offspring announces they want to head in this direction. I’m a parent of three teenagers. I have also been writing about video games and families for the last 15 years for newspapers and broadcast television. Still, when my oldest son started to find a desire to rise through the ranks of Rocket League I was less than enthusiastic.

Would it distract him from his love of football? Will it detract from his school work? Was he good enough to compete at a high level? Could this set him up for a future video game addiction? Wouldn’t this waste his time?

Over the last three years I’ve worked through these and other qualms -- both my own and other parents I’ve interviewed on the subject of esports participation. While it’s not all been plain sailing, I’ve got to grips with the opportunity here and how to guide him into this as a supportive parent.

The best thing you can do to get started is to watch them play. Ask if they mind you watching then spend half an hour or so observing them. This will undoubtedly raise questions about the game, how it works, and the strategies they are using. It will also give you an insight into the physical and emotional effort they invest in this past time.

You can look up information on various esports games online. I run a resource for parents, the Family Video Game Database along with the Taming Gaming book. These will answer questions without jargon and in language aimed at parents who don’t play themselves.

Like watching from the touchline of a children’s weekend football match you can get a feel for how well suited they are for the game, and how you can support their enjoyment and improvement. This leads to other more specific questions about their potential, the required commitment and how to best support them for a healthy as well as successful outcome.

Of course youngsters often see esports as a quick route to fame, money and success -- not unlike how they view being a Premiership Football or YouTube star. The reality is that to do well in the world of esports (like other high profile activities) it takes discipline, structure and balance. This is a long term game rather than something you can plough every hour in for quick success.

I regularly have parents coming to me, saying their child wants to quit school to start their esports career. This is nonsense. If you are going to succeed at esports you will need the discipline, well-rounded perspective and knowledge that secondary education will bring you.

Along with this common sense, I also found it helpful to get an accurate measure of my son’s ability at Rocket League. If you ask for their profile name you can use game trackers such as RLTracker & RLStats to check their standing against other players in their region. This not only lets you see how good they currently are at the game, but also how this is improving over time.

As with any sport, the professional end of the spectrum is populated by super-talented individuals who have put years of time and effort in to get where they are today. Understanding where your child sits in comparison to these paid players is helpfully sobering.

This is not to refute that your child will one day reach these heights, but to open a conversation where you help them enjoy competing at the level they are today. Not unlike Sunday League football, players need to cut their teeth in the lower ranks before they can graduate.

As a dad, I’ve found it helpful to bring a more long-term perspective to my son’s gaming ambitions. He, inevitably, is knocked about by the waves of success and failure. He needed my input to help him develop resilience for periods of low performance as well as a general good attitude to other players who are better than him.

This longer term view of things, is the start of building a structured approach to improvement. Many young players think getting good is all about ploughing hours and hours of play into a game. While time on the field (like football) is a factor, you can’t just bash away at a game and expect the sheer repetition to make you better. It’s true that professional players to play for longer but they also have a support systems around them to monitor this and avoid burnout.

Having time away from the game. Approaching play with a clear training plan. Building emotional toughness to losing. Growing generosity when winning. Identifying weaknesses and strengths. These are all important aspects of improving at esports. They are also things that most younger players won’t find themselves without input from an adult in their lives who is engaged in the game they love playing.

I know this sounds a little like pie in the sky when your child constantly tells you they need to play for another hour, but tangible support is at hand with services like GScience. I’ve been impressed by their holistic approach. They work with individuals and teams to build a roadmap to success that focuses on playing smarter not just harder, mental and physical health as well as expanding broad understand about esports as a discipline.

Finding resources like this are hugely valuable, particularly to parents and guardians that are new to this world. Bridging that gap while identifying what is urban myth and what offers tangible benefits gets children’s feet on the ground for the best chance of a positive future in esports.

Like with anything, progression and landmarks are hard won, but quickly forgotten. I’ve enjoyed celebrating my son’s achievements in his esports play. We treat these big wins or progressions like we do his learning guitar or getting good grades at school.

This means me and my wife have had to take a bit of time to understand the game and what particular achievements mean. It’s been useful to know that some things he has managed to win are only achieved by a small percentage of the world wide players. Understanding them has led to us going out for a meal or getting a take away to mark the progress he has worked hard to achieve.

Beyond this, the support I’ve learned to offer my son and his esports is to help him be strategic, find balance when all he wants to do is play all day and generally have belief that with long commitment he has the potential to compete with the best of his peers.

While it is uncharted territory for parents. Having a child with esports desires is a real gift. It’s a testament to their passion, belief and ambition. They need you to be a part of this area of their life like they do real-world sports and school work.

Parents and carers have a crucial role in helping their children interpret what esports means to them, how they want to play and the most effective route to improve. This can bring unique insights that are important to balance the unfounded idea that getting enough play hours a day is all that matters.

You can help them not only succeed in their esport of choice, but set them up for a future where this success is not short lived, and contributes to a healthy adult life.

How to avoid esports related injuries

Ergonomics - How to sit correctly whilst gaming

As a gamer, sitting is one of the things you're going to do all the time. Making sure you sit correctly helps with long term injury prevention. 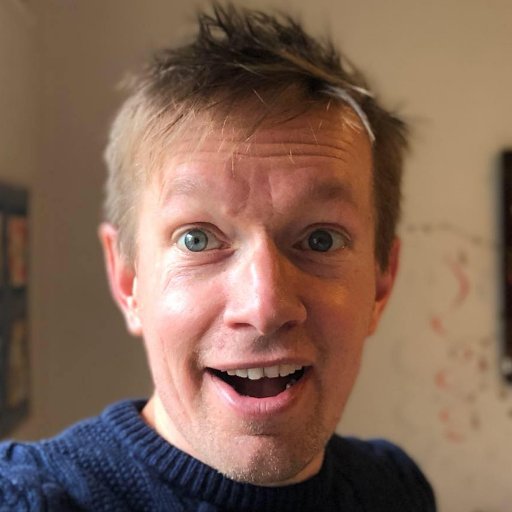 Andy Robertson is a video game journalist for national newspapers and broadcast television and has recently written the Taming Gaming book for parents.